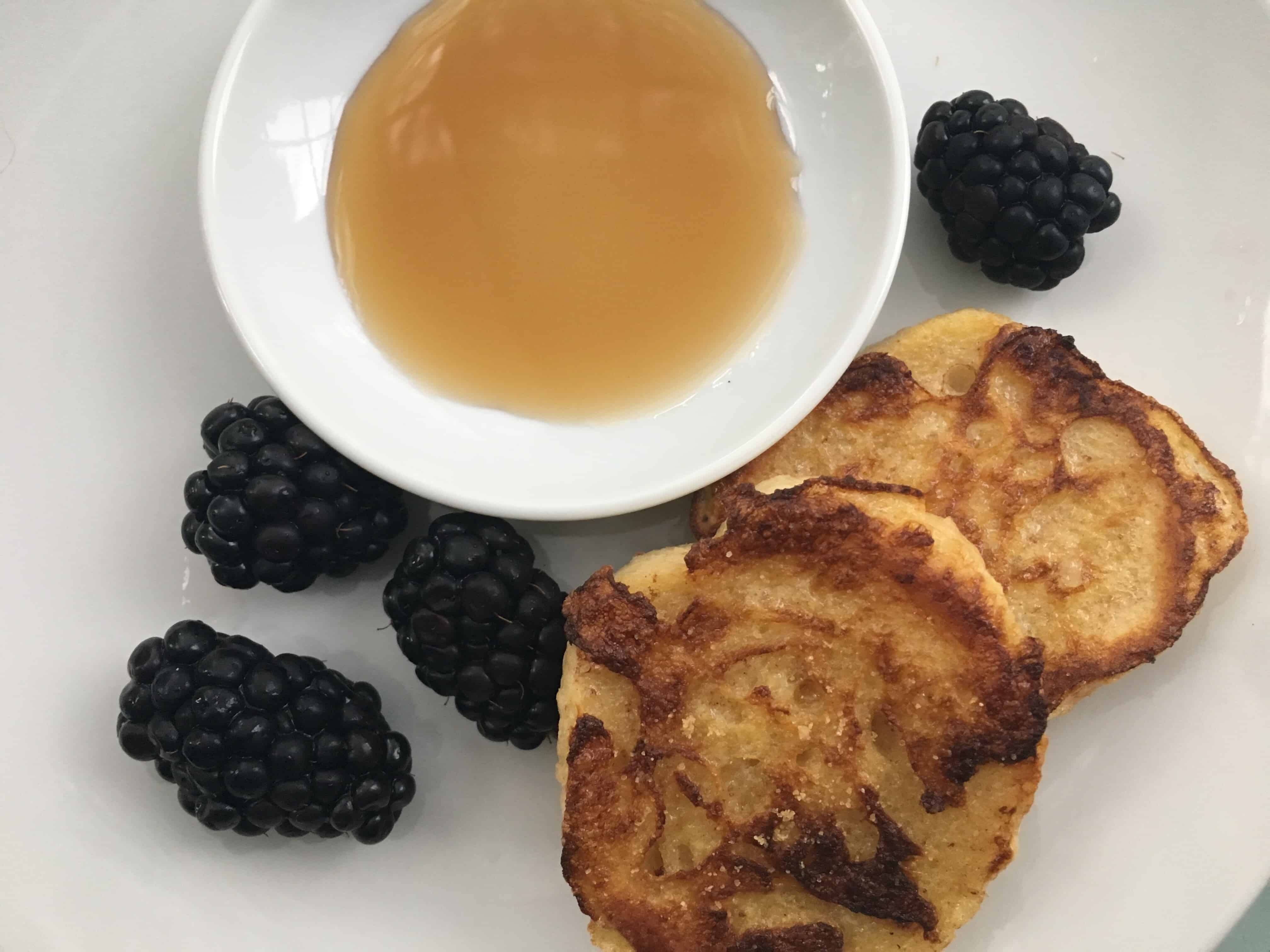 When I was growing up, I would often wake up on a Saturday or Sunday morning and find my step father in the kitchen making breakfast. It was usually oatmeal, but if I asked really nicely, I could always convince him to make my favorite – French toast. I loved his French toast because he had a secret weapon. He would cook one side of the French toast, flip it over, and sprinkle the cooked side with a little bit of sugar. This created a sweet and crispy slice of french toast from heaven.

When Nate asked for French toast for breakfast this morning, I immediately remembered those early mornings in the kitchen with my step father. I decided to try and recreate the French toast that I loved so much as a kid. I try to avoid, or limit refined sugars, especially for the kids. This recipes uses a light sprinkle of maple sugar. The maple sugar adds just enough sweetness and maple flavor that you really don’t need to top with maple syrup. I used sliced baguette to make this because my kids love any food that they can pick up and eat with their hands. 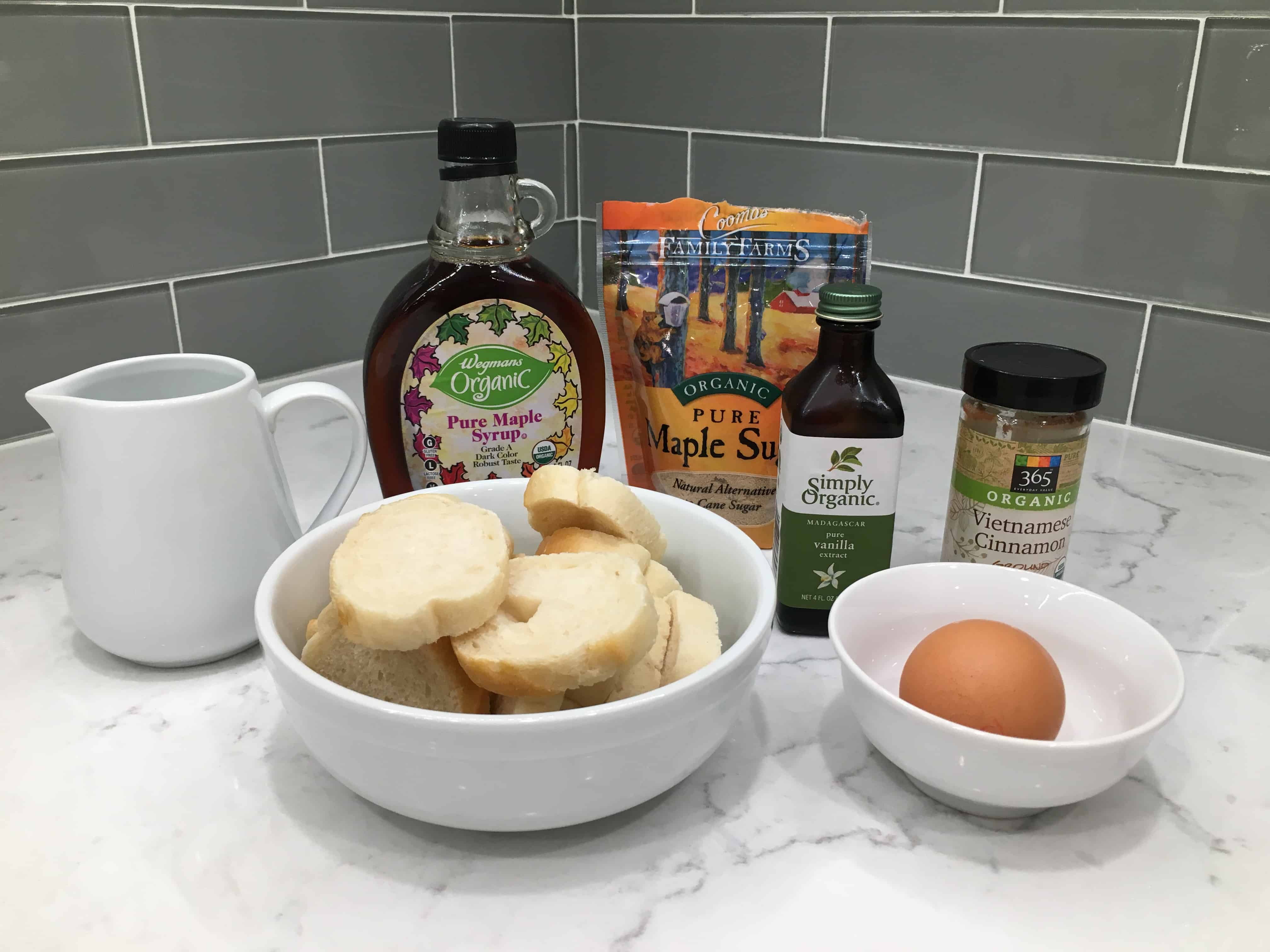 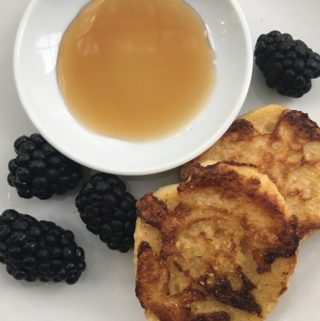 Hey There! I’m Amanda…a food blogger, granola maker and food photographer living my best life just south of Boston. Here you will find the very best recipes, adventures and silly pictures of our kids. I love to bake and have a major sweet tooth so you’ll find plenty of yummy recipe ideas here. I hope Maple and Thyme makes your life even more fun and delicious… 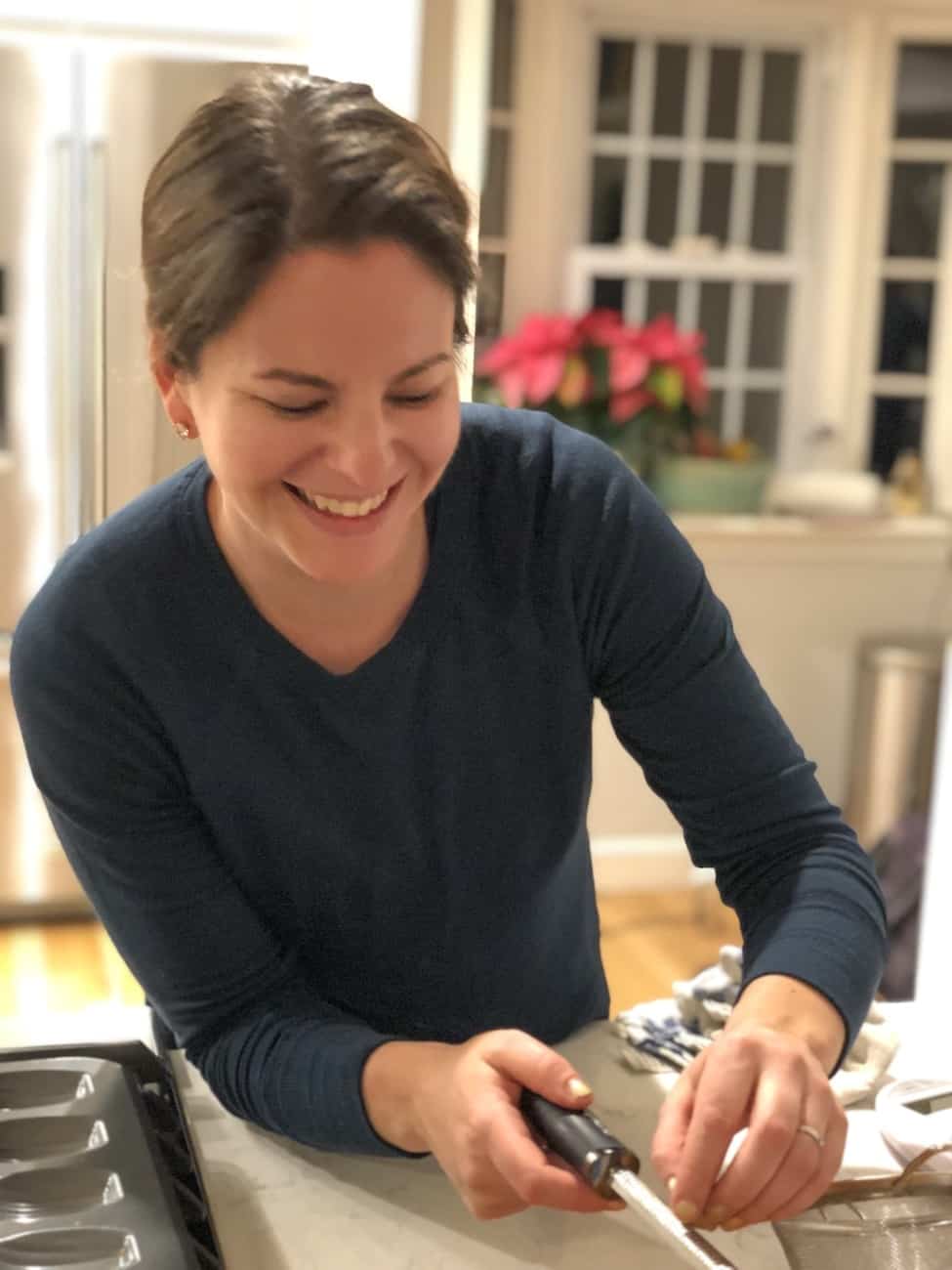 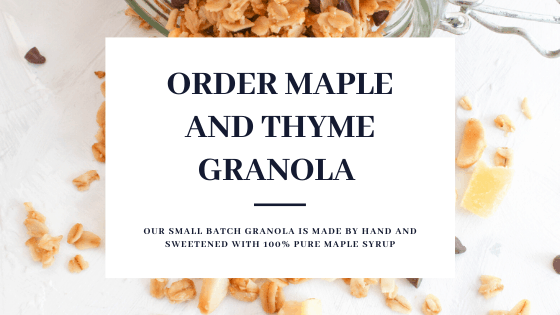 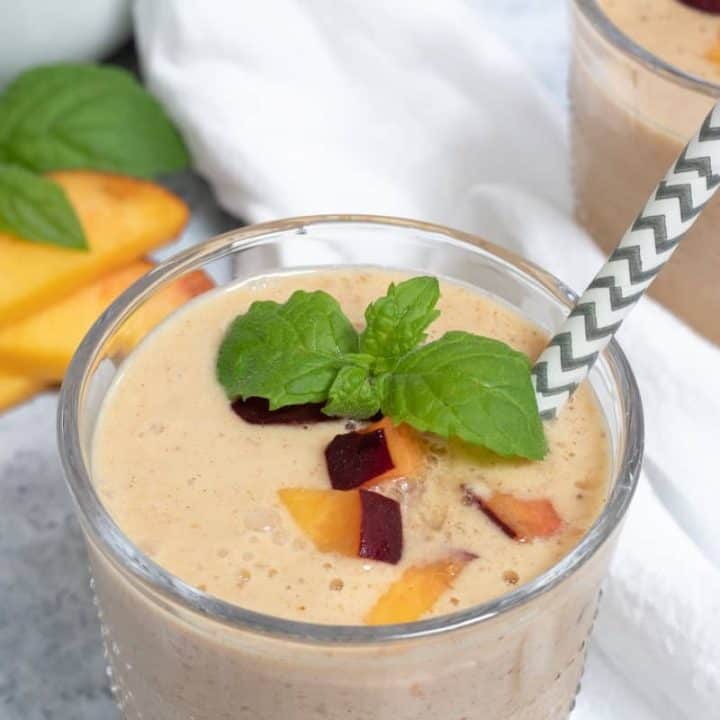 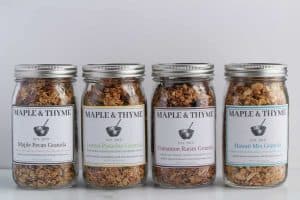